Being a phantom implies a privileged relationship with sleep and death, the “Twin Disasters”. According to Greek mythology, Hypnos (Sleep) and Thanatos (Death) were twin brothers and children of Night and Erebus (darkness).

Thanatos was the personification of death, and he was often portrayed carrying a dead soul to the underworld. Hypnos’s role was to watch over the souls of the deceased as they slept. 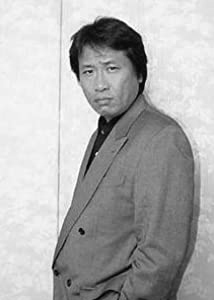 After a global success in the 80s, the anime suddenly stopped. It was decided not to continue the anime for the last arc, the battle against Hades, the underworld god.

It’s 12 years after, in 2002 that Saint Seiya was revived with the final arc, divided into 3 chapters: Sanctuary, Inferno, Elysion.

Then, side stories appeared: Episode G, Next Dimension, Omega, etc. And my favorite one, The Lost Canvas – The Myth of Hades, a spin-off written and illustrated by Shiori Teshirogi.
The Lost Canvas recounts the story of the previous Holy War, taking place in the 18th century, 250 years before the initial series.
Only 2 seasons were made in anime, TMS Entertainment did a great job, and I used it for my cover video Blue Dream below.

Many fans are still hoping to see the end of the manga in anime. TMS Entertainment, contact me.

I’ve appreciated in Saint Seiya how Thanatos and Hypnos had different attitudes.

Thanatos was cruel, while Hypnos was more serene.

In The Lost Canvas, the fight between Manigoldo Gold Saint of Cancer  (蟹座（キャンサー）のマニゴルド – kyansā no manigorudo), his master Sage VS Thanatos was epic. A life lesson presenting that you should never give up no matter how cruel death is. It is better to laugh at the end and make fun of it instead of falling into depression and despair.

Hypnos was more delicate, and Shiori Teshirogi did a great work representing the children of sleep: Dreams, Morpheus, Phobitor (phobia, fear) and Fantasus.

El Cid Gold Saint of Capricorn (カプリコンのエルシド; Kapurikōn no Erushido) was the one defeating most of them. Battles were sensational as well. Keep your determination intact and pursue your dream, don’t fall into it.

If I had to sum up Saint Seiya in a few words, I would say that Saint Seiya is a battle between life and death. Between mortals and gods (from Greek mythology). A story full of values such as courage and perseverance. Moreover, it is related to the phantom project, where time, life, and death are central.

Saint Seiya continues to awaken dreams in the world, from 1986 to the present day. Like a ghost that haunts and accompanies our lives.

Watch my cover of Blue Dream below. Please forgive my French accent

Here is the original version: https://youtu.be/CTQSFwHqNUE
And you will find the lyrics and translation below as well.

Blue dream
Everyone has dreams he can’t tell
Blue dream
Even greater than inaccessible thoughts
You take fresh heart and get up again
Youths, you are are all travellers of dreams
The remembrance of a profound love is the proof you are alive

Blue dream
You will follow it until the end
Blue dream
Even if its form changes
Rather than yesterday, tomorrow awaits you
Youths, you are all travellers of dreams
Even if you are tossed about in the sea of time, you keep on moving forward

Youths, you are all travellers of dreams
The remembrance of a profound love is the proof you are alive